10 Historical Gardens in Tehran to Escape the City

When the hectic city life of Tehran tightens its grip around our neck, most Tehraners usually hit the road to the Caspian sea to catch some breath and refresh. But what if work, schedule and a ton of other stuff are trapping you in the capital? Then what?Tehran is big, crazy and a bit hard to get around. But it doesn’t mean we don’t have our own little gems scattered across the city. Who says you have to go all the way to Shiraz for gardens or drive the extra kilometer to Esfahan for palaces? We have them all here! You just need to know where to look.So as a proud Tehraner, I’m revealing my secrets and telling you of 10 unprecedented places that are not just any garden but also hold tales of history in their chest and make for a great escape plan from the bustling capital. Some will be obvious and others even unknown to Tehraners themselves. ????

This over 110 hectares mountainside garden is a popular spot for Tehraners to go for long walks and observe nature’s seasonal changes at its fullest. It was first built by the Qajars as a summer resident and later expanded by the Pahlavis. There are 18 mansions and palaces erected between aged plane trees and cypresses which are currently functioning as museums. A gushing river flows through the park and spectacular views of snow topped mountains embellish your photo backdrops.

When to go: Serene at any time the garden doubles in beauty during autumn when planes decide to show off their coloured foliage. Spring is also a great time to visit since there’s usually a huge Haftseen festival going on. Want to escape the summer heat? We make sure we head over here during summer to cool off from the mountain breeze.

Where to Eat: There used to be a big cafe/restaurant before which somehow wasn’t there last time I visited. There’s another cafe but nothing exciting.

My Tip: I’d suggest visiting Darband (very close-by) early in the morning, having lunch over there and heading here after, for an afternoon walk. You can either just buy an entrance ticket and enjoy the outdoors or also buy tickets for a few palaces. Beware that you’d have to make up your mind at the entrance since that’s the only place where tickets are sold. I would advice on visiting the Nation’s Palace, the Nation’s museum and the Green Palace. 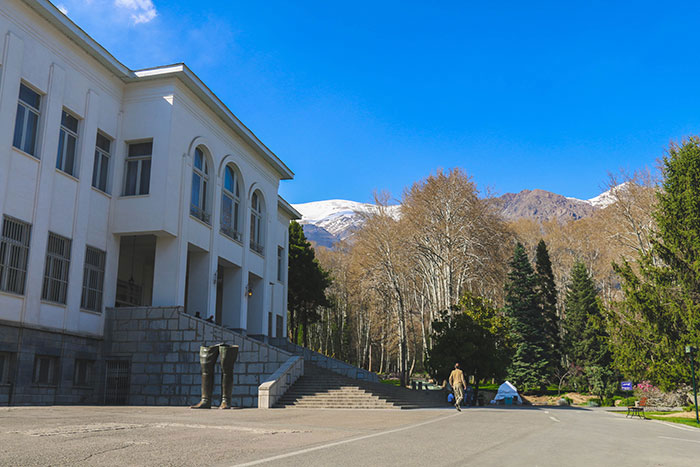 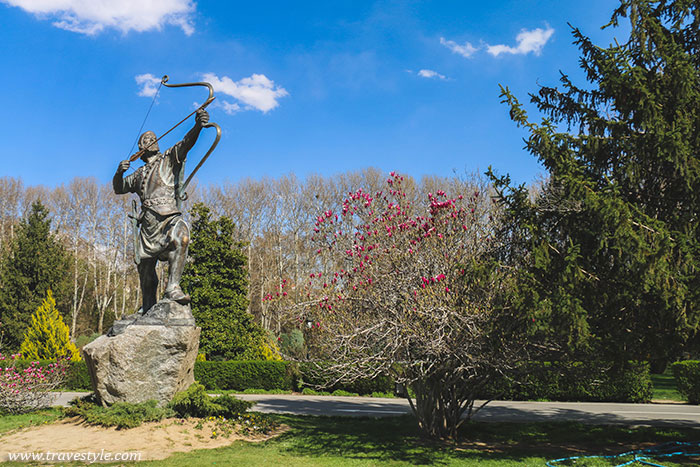 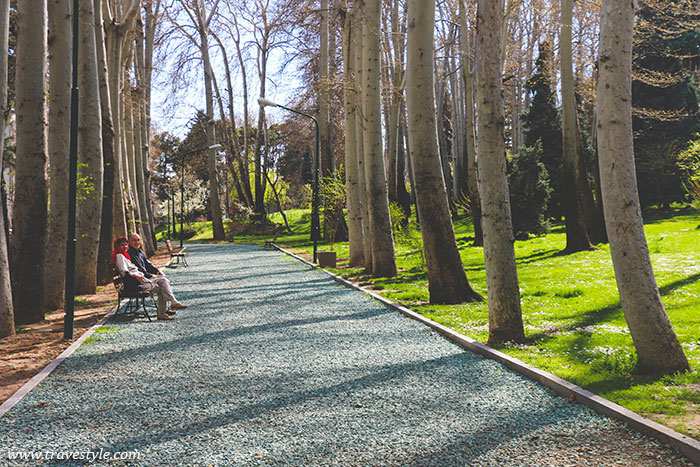 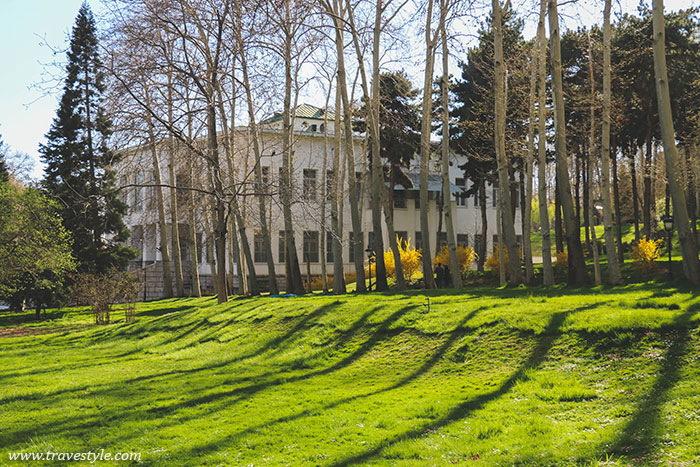 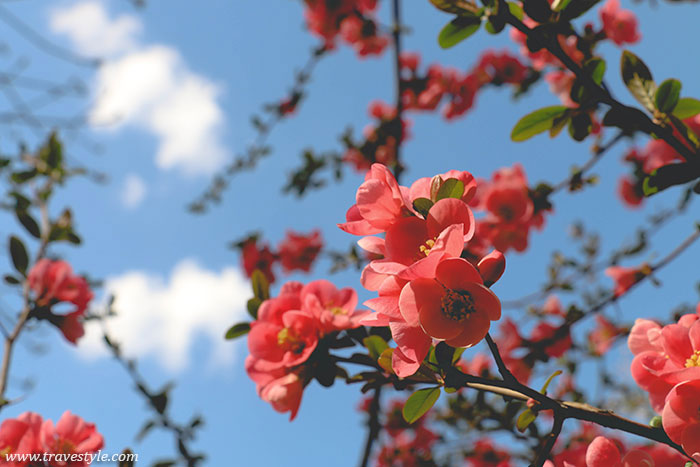 Not as big or extravagant as Sa’ad Abad but NIavaran was also built as a summer home during the Qajar period. The modern mansion of Niavaran was built for Mohammad Reza Pahlavi and his family where they lived during most of his reign.

Where to Eat: I specifically love the cute cafe right in front of Ahmad Shah’s Pavilion. Prices are high and the service is average but I’d say the view is totally worth it.

When to visit: Anytime really. 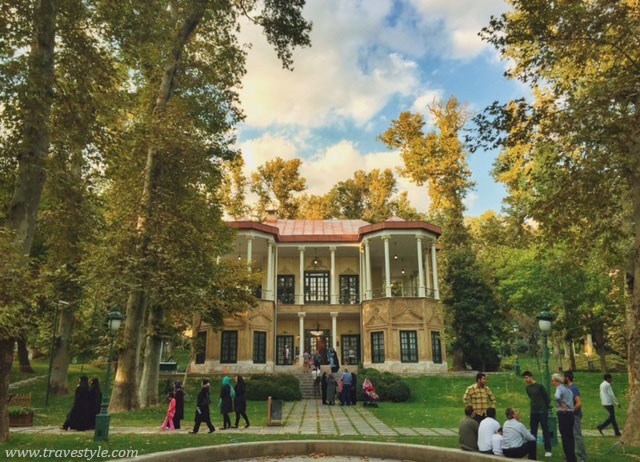 This place is very unknown to tourists and even many Iranians but it’s one of my favourites to escape the hustle and bustle of Tehran every once in a while. This Persian garden and its pavilion have seen a lot of important political events through the years and were once home to the first art school of Iran.

Where to Eat: My favourite part about this place is its exceptionally cozy café known as Cafe Tehroon. The attention to details and a menu that offers a ton of super healthy yet exciting drinks and Persian food from across the country with the atmosphere of an old Persian garden has brought this place into the spotlight in the last couple of years.

When to visit: Head over here in Norwuz and there are concerts, exhibitions and many other activities to be done. 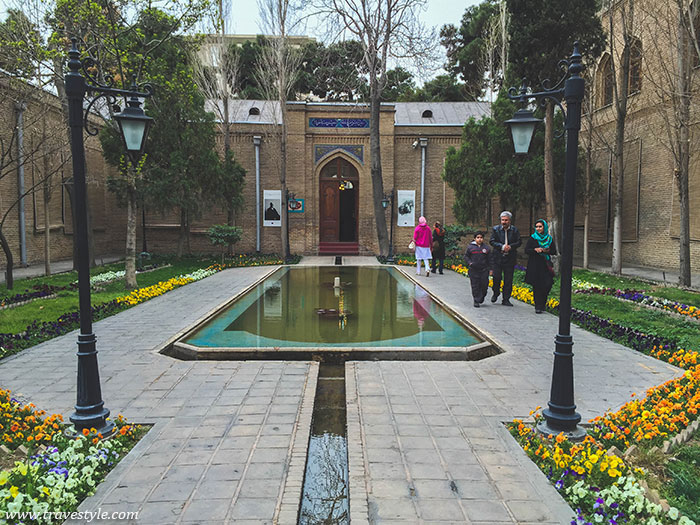 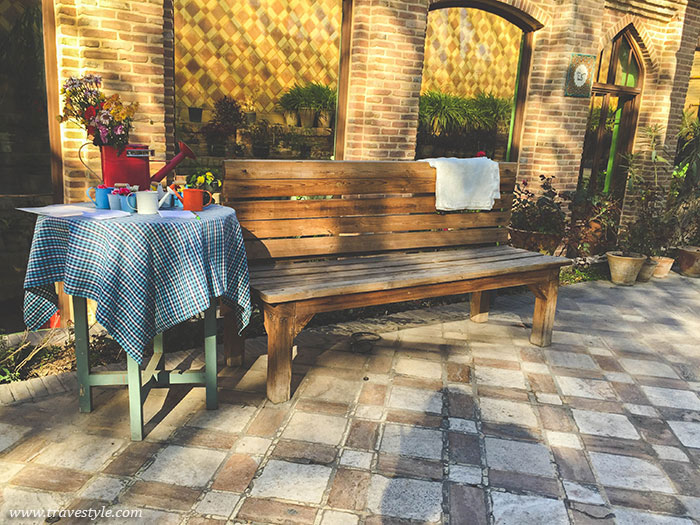 Built for prince Masoud Mirza, son of Nasereddin Shah of Qajar and the governor of Esfahan as his residence in the capital, this beautiful Qajar palace is adorned with European inspired moldings, coloured glasses and Persian tiles.

Due to it being close to the parliament, the palace has seen some historic events through the decades such as the unsuccessful assassination of Mohammad Ali Shah. It was also once the first national library, national museum of Iran and home to the first independent ministry of education. While the palace is not open due to major renovations, the exterior and other buildings are open to visit.

Where to Eat: The lovely cafe of Masoudieh is a must! I’d even suggest eating here if you’re arriving on time. If you’re visiting during Nowruz holidays, reservations for lunch can be required.

My Tip: Don’t forget to check out the designer shops inside the complex. Their stuff are just amazing! 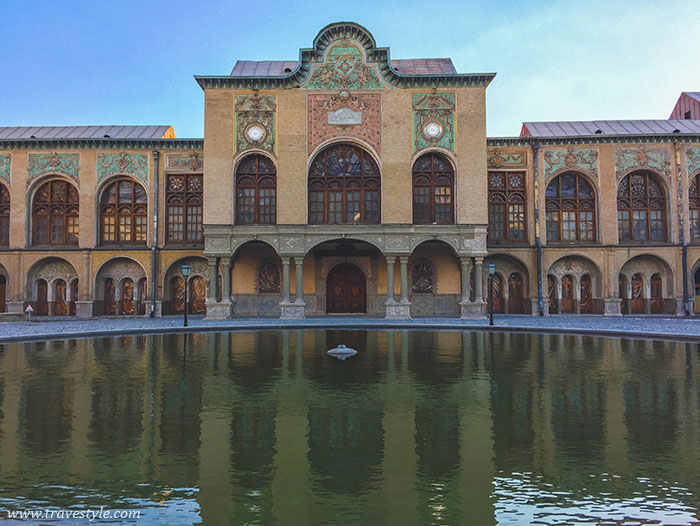 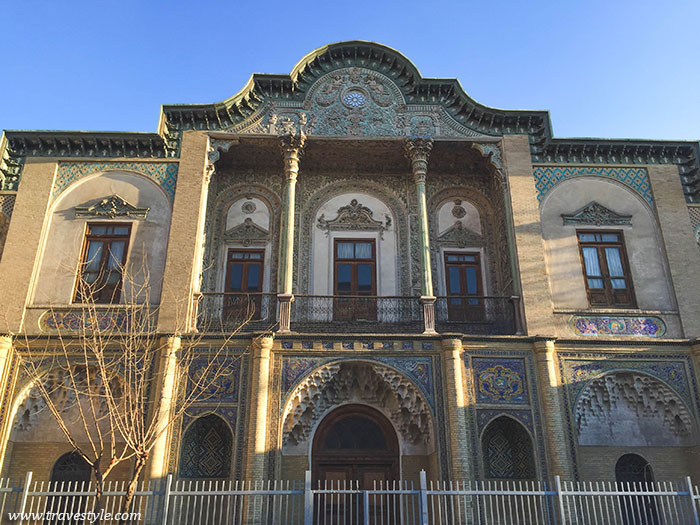 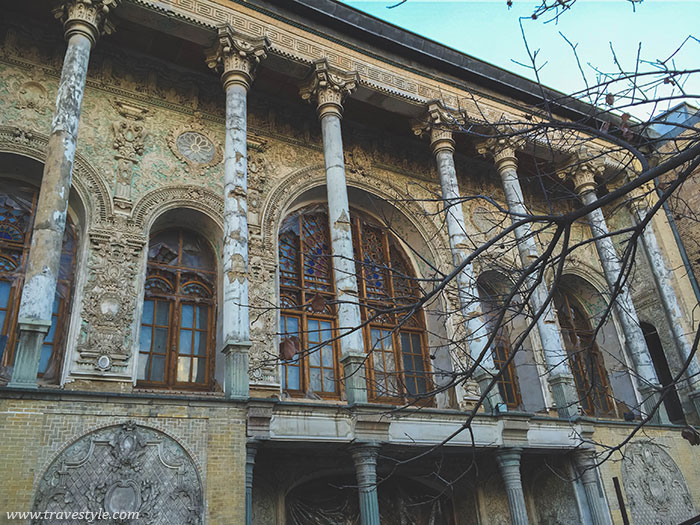 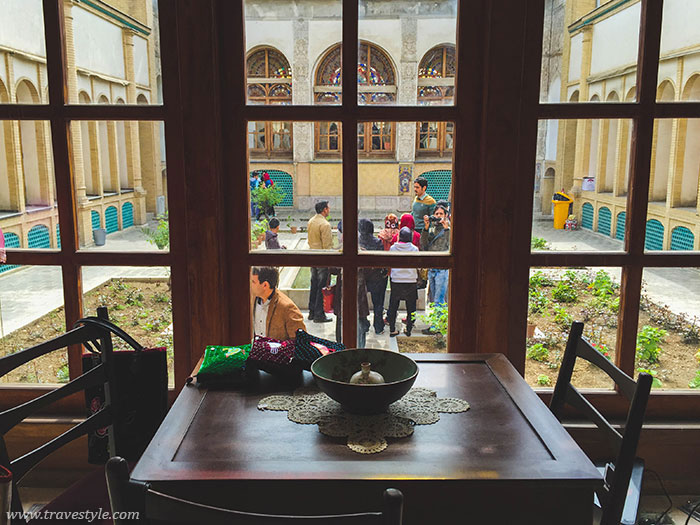 I guess this one doesn’t count for historic since it was opened in 2006 but the atmosphere resembles history and I guess that’s good enough. The garden itself is a museum of replicas of ancient national monuments and contemporary works of art. The mansion inside is a display of precious cultural heritage pieces of Iran and many items are for sale. If you’re looking to buy some really unique Iranian handicrafts I’d highly recommend here. They are quite pricy but extremely beautiful.

Where to Eat: There’s again a gorgeous cafe inside the garden. Again pricy but I guess a cup of tea won’t hurt much. 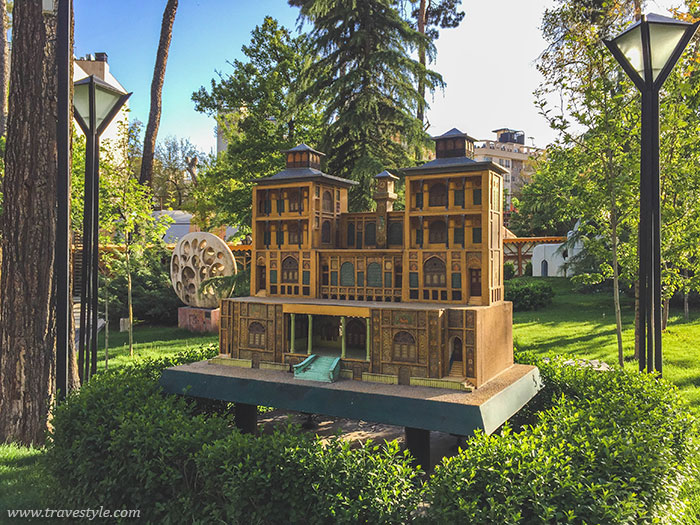 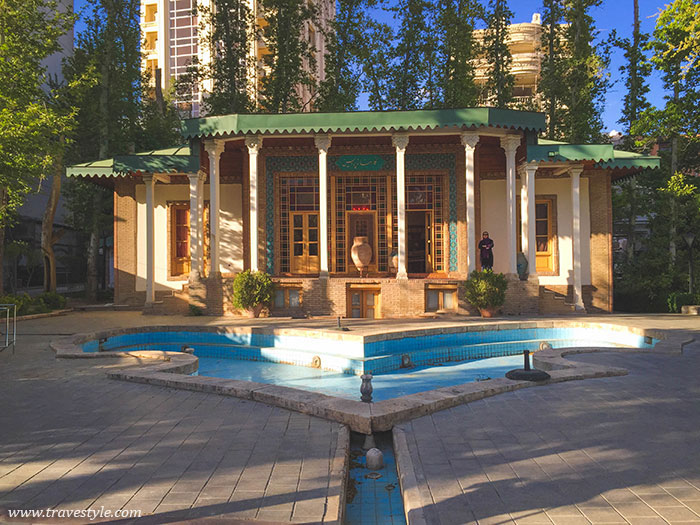 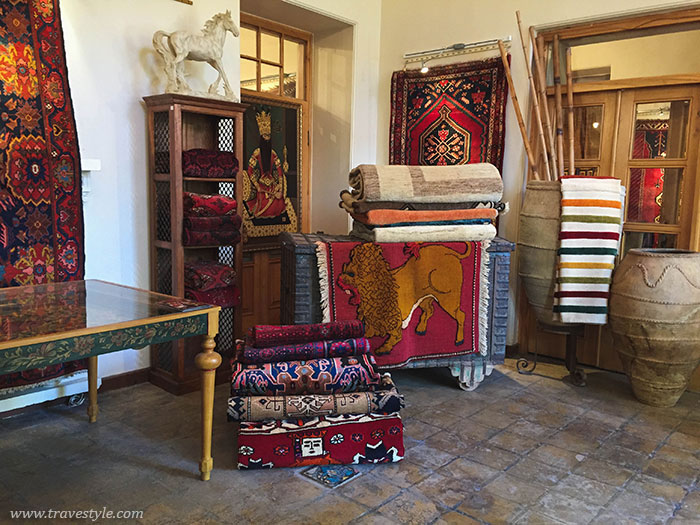 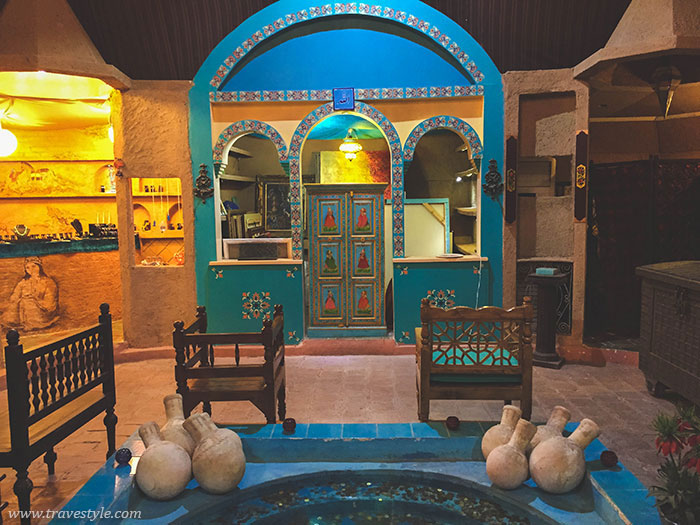 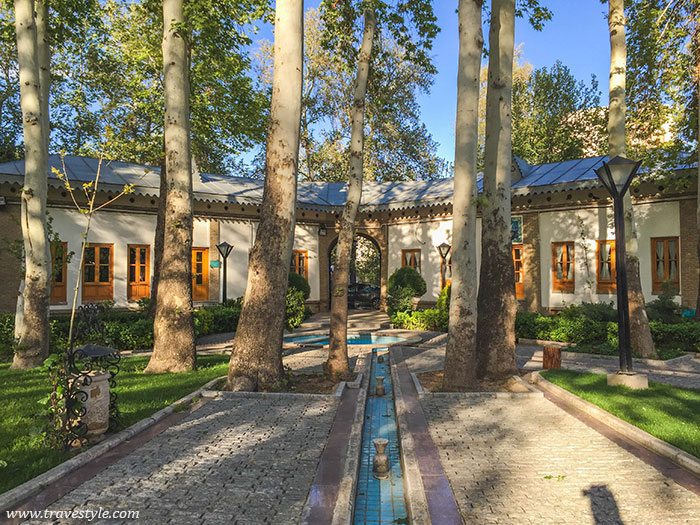 If you want a true Persian garden, then head over here. I was blown away when I visited last spring. It was as if I’ve stepped into Keukenhof, only somewhere in the heart of Tehran! I was totally staggered by the variety of plants and flowers. Good thing I celebrated my birthday here and came back with a ton of amazing photos.

Where to Eat: There’s seems to be a cafe inside which we could not find but benches and tables are available if you want to opt for a picnic instead. 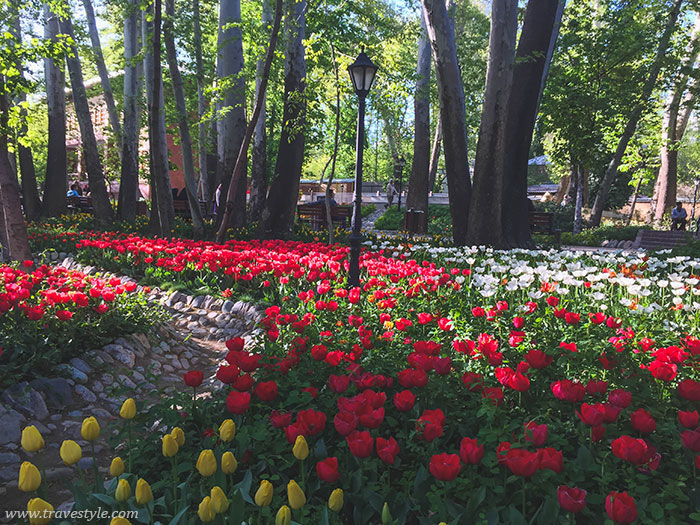 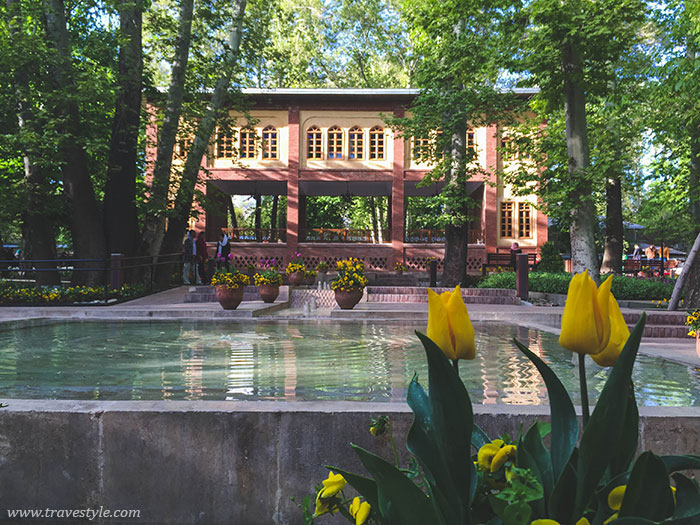 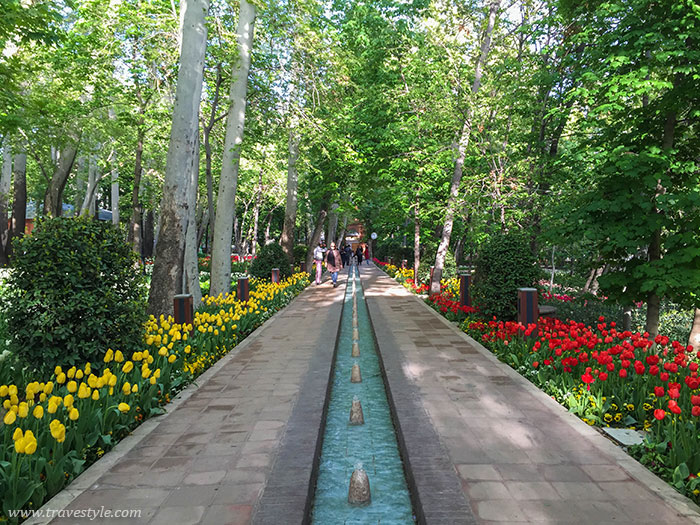 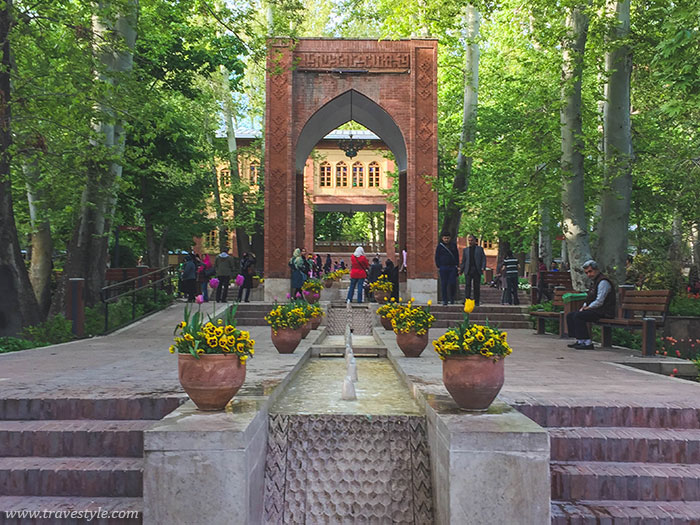 Hidden in the hustle and bustle of Imam Khomeini street close to the Grand bazaar is one of the most expensive houses of Iran. This house belonged to Mohsen Moghaddam a late professor of Tehran University and one of its pioneers. He was an archeologist with a lust for collecting rare pieces from all over the world which are now exhibited in his house. Him and his French wife’s peaceful spirit is resembled in the detailed yet careful architecture of their home. But above all it’s the blissful garden that takes me here on an afternoon.

When to visit: Definitely in spring when the trees are green and the water is flowing. ????

Where to Eat: There’s also a café to sip a cup of tea before you head back into the huge metropolitan and life goes back to normal. 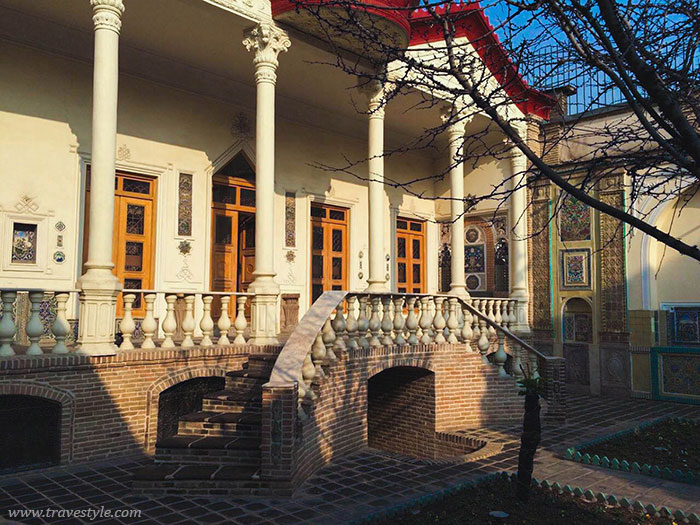 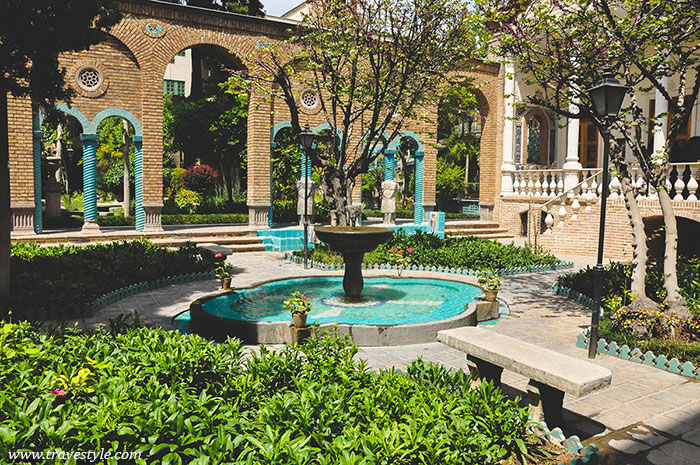 Another summer resident for the Qajar royals and nobles and currently the museum of cinema. It was left abandoned after the death of Mohammad Ali Shah of Qajar but further constructions took place during the reign of Naseredin Shah. The museum is actually a really good one if you’re interested in cinema.

Where to Eat: There are two very decent cafes inside that offer snack and great variety of drinks. 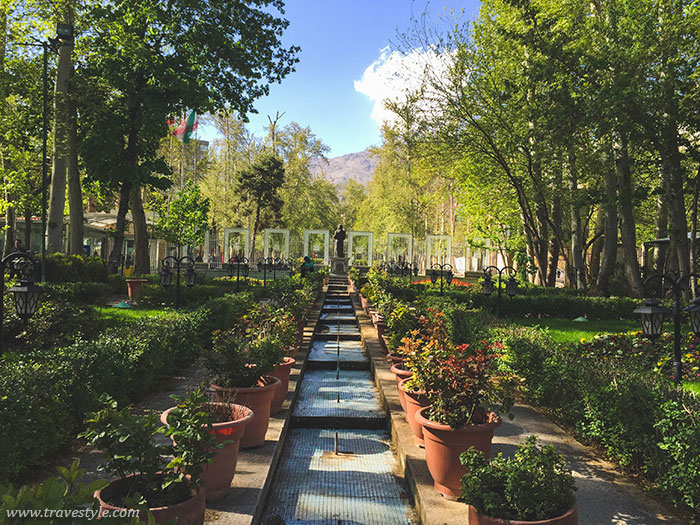 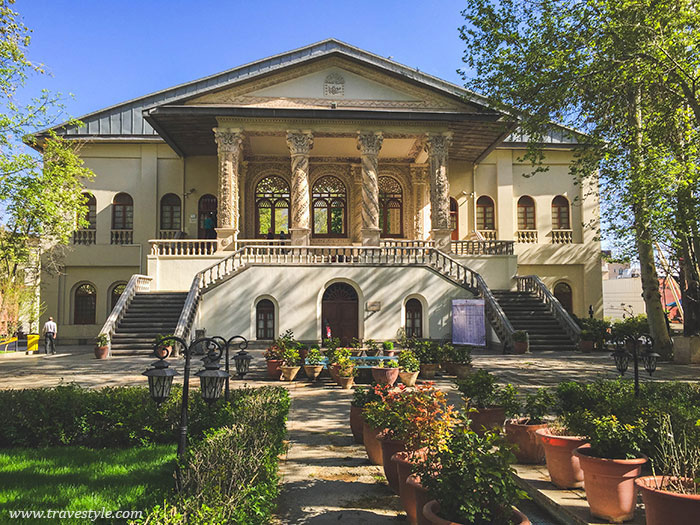 This small Qajar palace is rich with plaster works and mirror tiles and home to the Time museum. The museum holds a precious collection of watches, calendars and anything related to passing of time. The garden is garnished with flowers and plane trees and the outdoor cafe makes a great spot for an early dinner. 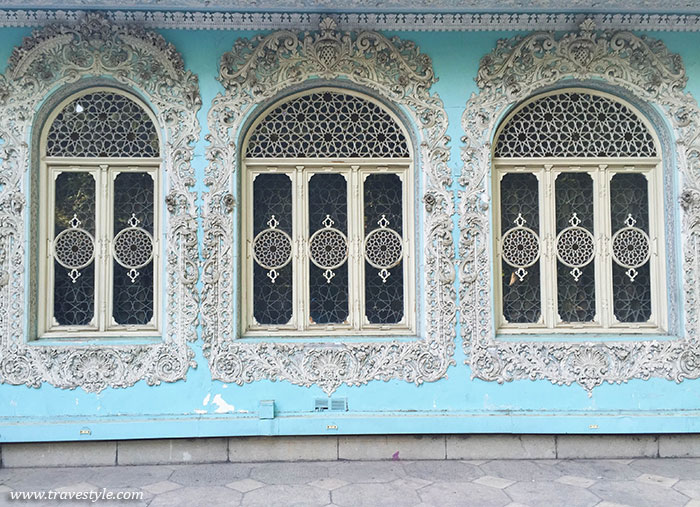 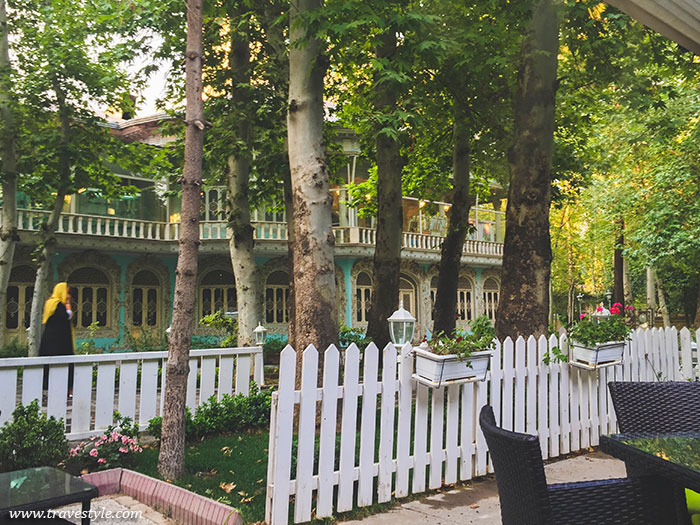 This is a no-brainer and is probably one of the highlights of Tehran for every visitor. But I have to say it’s definitely worth the hype . The palace of Golestan is one of the most beautiful palaces of the country. If you’re short on time, I’d say ditch Saad Abad and Niavaran and make time for here instead.

Pages and pages of world history have folded in these mansions. Kings after kings were crowned and world changing WWII decisions were made by Allied leaders.

My Tip: The palace is huge and expensive. But tickets for every part is bought separately, so you can easily just visit a few or even just pay the entrance and enjoy the garden and the exteriors.

Where to Eat: There’s a small cafe inside if you want a drink. 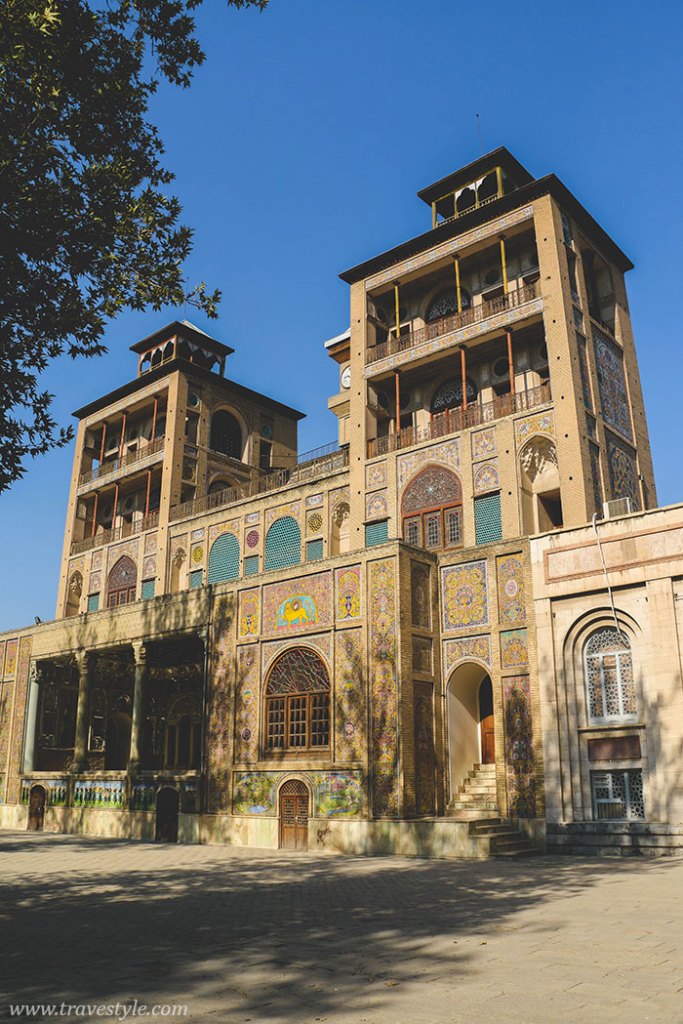 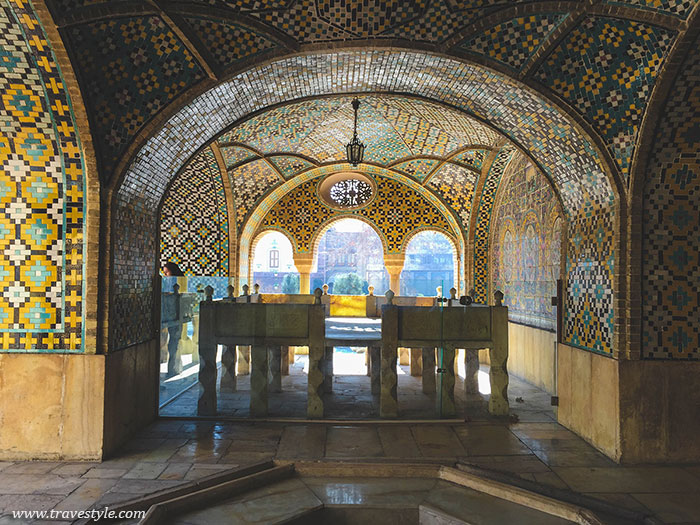 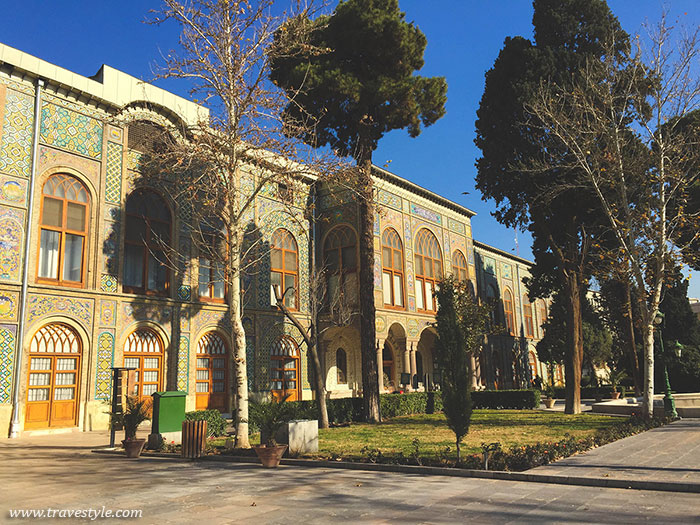