10 things to expect on your trip to Iran

Iran’s that one country on your list that you’ve been giving it a lot of thought. Your feet have been itching to tick it off but warnings and daily news headlines make you to think otherwise. While things are not all roses in this part of the world (where is?), take it from an Iranian: You’re missing out on A LOT!!

#1 Expect to be surprised!!

This is a no brainer. You hear it from every-single-travel blogger who’s made the big decision of traveling to Iran. They come back home stunned. Shocked in fact! A lifetime mentality of a country that’s always been making it to the controversial headlines has collapsed. Their 2 week round-trip of Iran is spent questioning what they knew and gradually building that new mindset of one of the most misunderstood countries in the world.

Be the people, the safety, the food or the fact that no one’s going to spit out “Death to America” slogans when they hear you’re from that other country, Iran’s going to surprise you! And it won’t have anything to do with your political ideology of the Middle East, or your choice of Media. It just will! 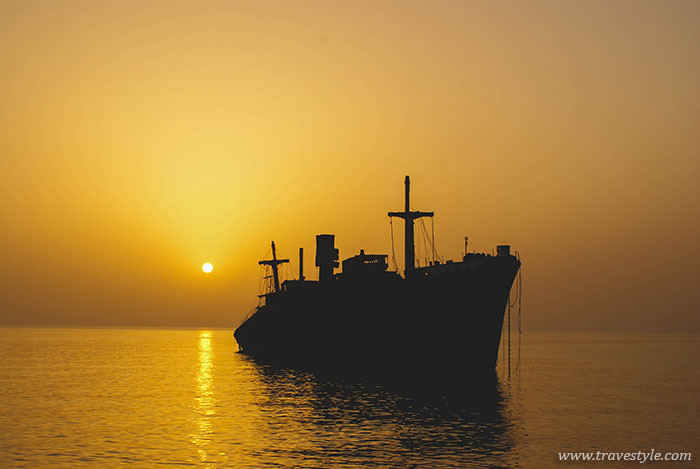 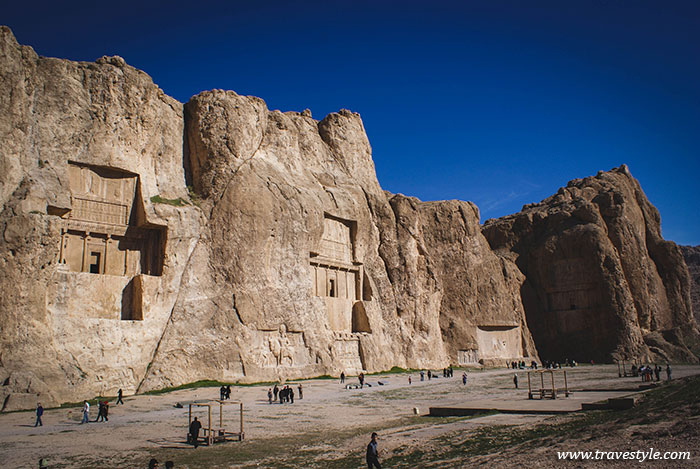 Since old times, when travelers or merchants would make stops in Iran’s part of the Silk Road, Iranians were accustomed to having guests and knew how to treat them well. But then “things” happened and that number of visitors and tourists decreased to the minimum. This left the few coming to stand out like the shiny new toy, and so they were treated like royalty.
Iranians will come up to you and say hello, they will want pictures with you, they’ll invite you to their home or even offer you a free guided tour of their hometown. Where else are you going to find that? 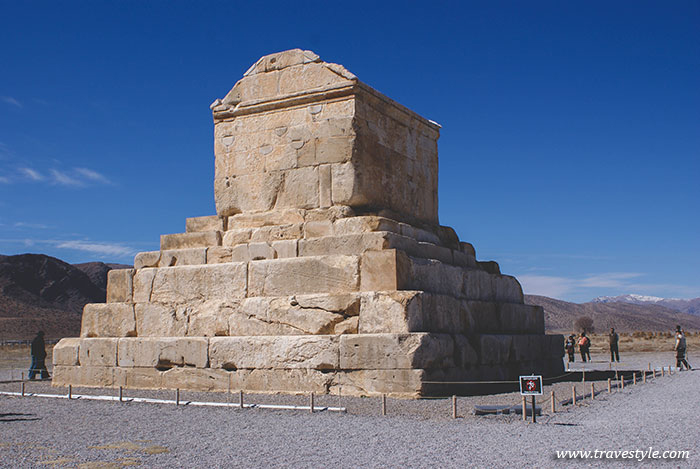 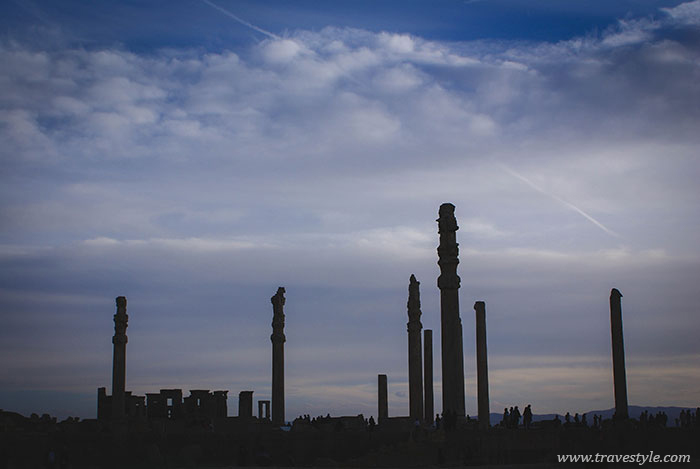 #3 Expect to be questioned!

Let’s put it this way. Iranians are “curious”. Sometimes a little too much. When they see you, they might just randomly come up, greet you and ask you where you’re from. There’s one other thing that you’re bound to be questioned: ‘What do you think of Iran?’ You’ll be asked this question over and over again, so be prepared.

But here’s what they really want to know. Iranians know well how their country is portrayed in the media. By that question they really just want to know how much influence that media has had on you. Then they’ll start talking politics, and they’ll continuously ask for your opinion. So if you’re into getting deep with the locals, it’s recommended to do some reading on Iran’s revolution, important political incidents and be able to name at least the last 3 presidents of the country.

#4 Expect to be fed until you can’t take it anymore!

It’s not because you’re a foreign guest, but Iranians, specifically the oldies see their guests as if they’ve come from a land that’s been hit by famine for years and now’s the time to stock up! They’ll feed you and insist that you try out everything. They’ll grab your plate and pour in the rice until you’ve declared ENOUGH for the third time! If you’re on a diet or thinking of losing weight, you might as well do everyone a favour and forget it in Iran. Not happening! No, No! 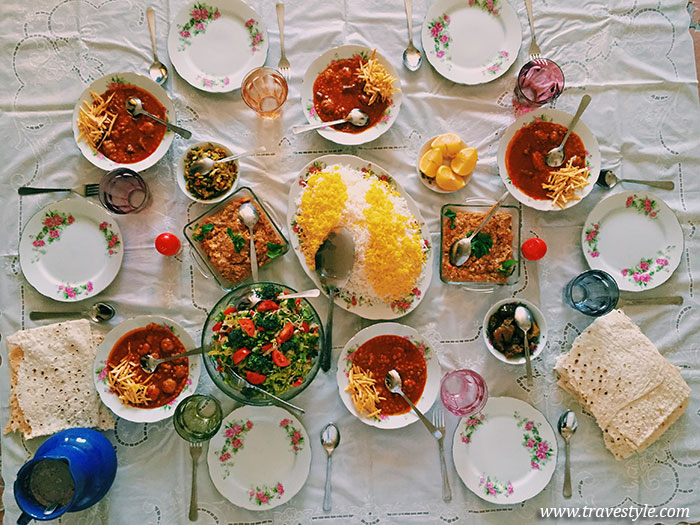 Despite the force-feeding, you’re in for a treat. If Iranian food had been advertised better, it would have easily been the new Chinese. All foods in Iran are categorized as either ‘hot’ or ‘cold’ and every dish is balanced according to that philosophy. Sometimes a particular side dish like pickles or yogurts helps to balance the meal. Your body is also categorized as either one. So for example if your body is ‘hot’ it’s best to eat cooling foods to keep yourself healthy. It’s a bit confusing at first but leave it to the Persians and they’ll bring you the perfect meal. 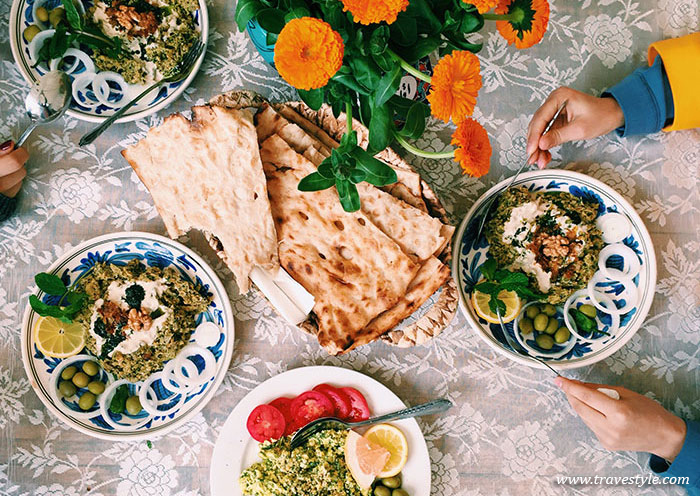 In a region where blowing up bombs make the headlines way too often, Iran has been able to keep it safe. Very safe indeed. Crimes against tourist are extremely low in Iran. But this doesn’t mean you should throw cautions to the wind. Take care of your belongings, don’t over trust people and you’ll be just fine. And I mean solo-female-travel kind of fine! 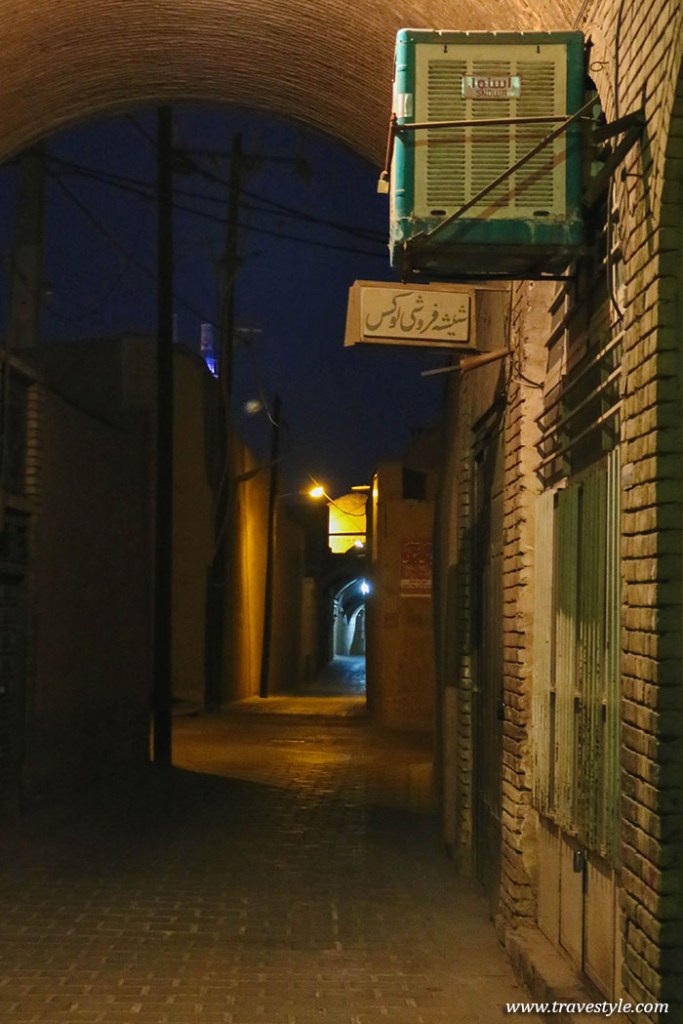 Where shall I start? From the majestic structures of Persepolis that date back to over 2500 years ago or the dazzling tiles and stucco adorning mosques, palaces and wealthy homes. It’s all here. And they’ve come up with a genius idea for every type of geology and weather conditions. Oh, and don’t even get me started on the gardens. That famous Persian garden that you’ve seen in Alhambra in Spain or Taj Mahal. You’ll see a lot of that here. 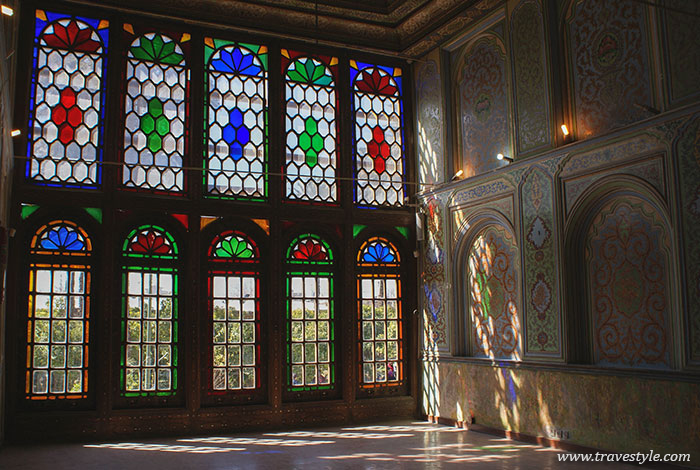 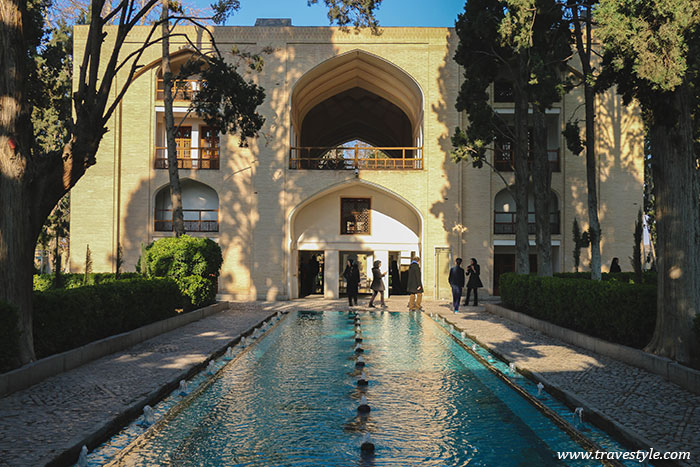 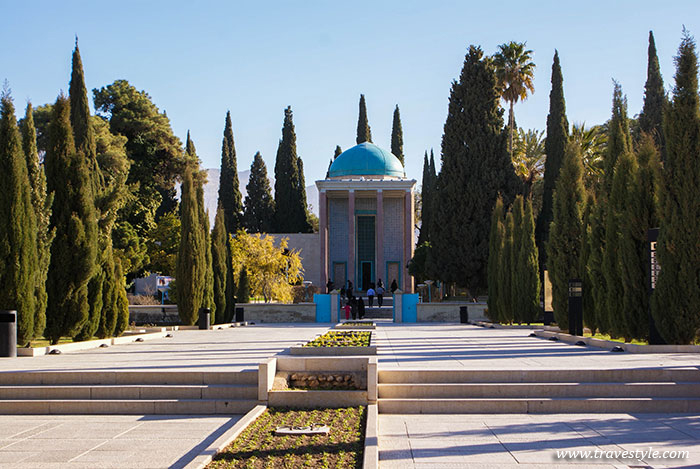 #8 Expect variety in every form and shape.

Iran is a big country and comes with a huge variety. While you can ski in the northern mountains of Tehran, weather conditions are beyond perfect for a swim in the Persian Gulf. The people are just as like. White, Olive colored skin or dark, different clothing, different cultures, cuisine, even way too many different languages. If it wasn’t for the national language, most Iranians would have not even understood each other. Traveling through Iran, expect new doors to open in every region. Arm yourself with curiosity and patience and cherish a whole world squeezed into one country. 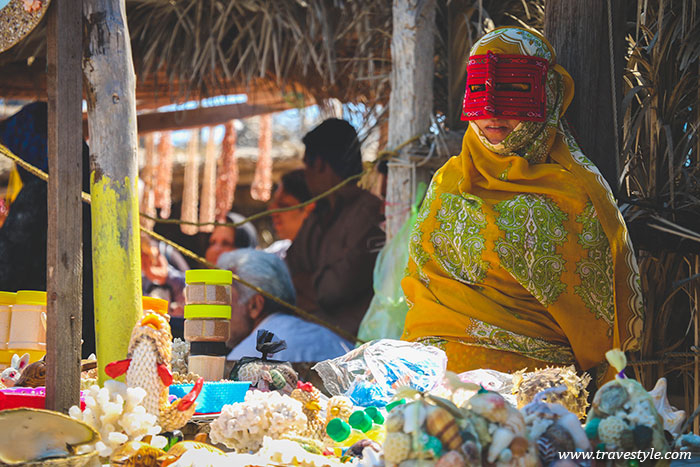 While Iran’s reputation is mostly for it’s long lived history and cultural tourism, the country’s natural beauty is excessively underestimated. Most people think of Iran as a desert, while almost 50% of the country is covered with mountains!! Iran’s geological variety leads to luscious green forests in the north, golden sand beaches in the Gulf, canyons, yardangs, mangrove forests and a huge diversity in wildlife. 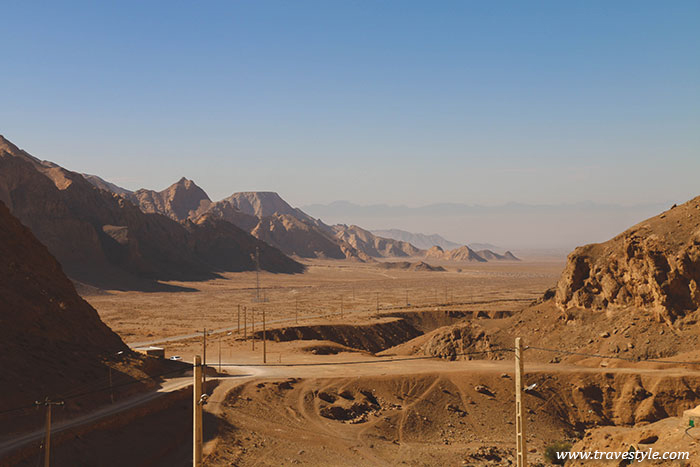 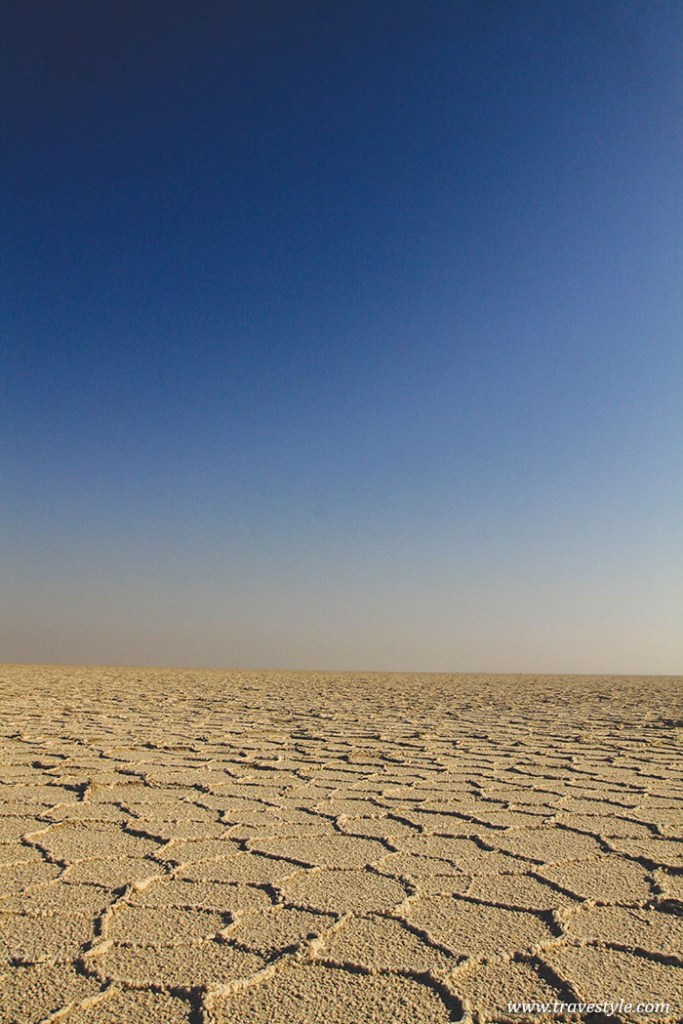 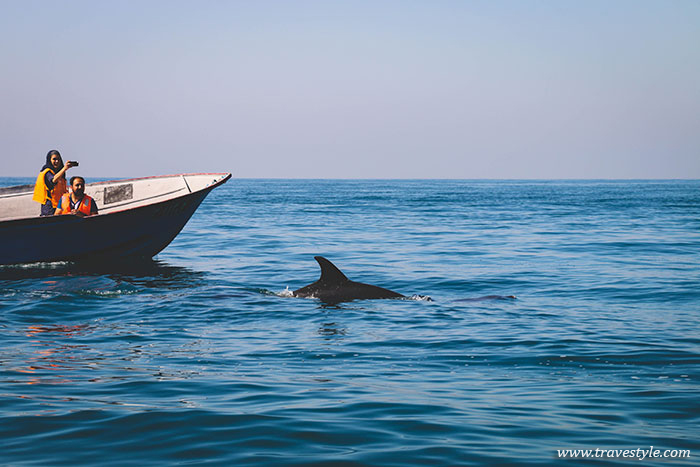 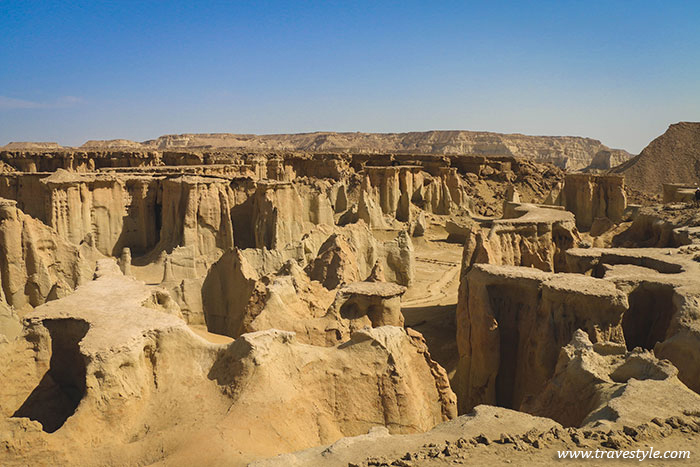 #10 Expect to meet the most photo friendly nation.

Iranians love to be the subject of your photos. It doesn’t matter if you’ve befriended them just an hour before or you’re a total stranger. Position your camera and they’ll be happy to pose. Do give them a sign before you shoot and expect a heads up in return. 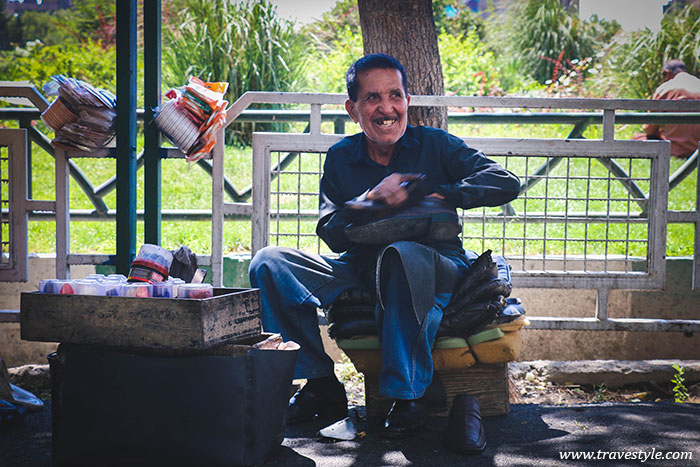 Time to pack now. Book that flight you’ve been checking for ages, take a leap of faith and leave for that adventure your family and friends have been warning you about. You’ll have tons of pictures, loads of goodies and a whole new vision to take back home. Ones you’ll cherish until that very last breath.